Madeline Ashby is a science fiction writer and a strategic forecast consultant. She has a Masters of Design in Strategic Foresight and Innovation from OCAD University in Toronto, where she was part of the first graduating cohort in 2011. Madeline has written stories about futuristic business developments that might never even reach the public. She has written for organizations like Intel Labs, the Institute for the Future, SciFutures, Nesta, Data & Society, the Atlantic Council, the World Bank, and others.

During her keynote she explains that her inspiration comes from researching abstracts or interviews with experts to write the best stories she can about what the future might entail. ‘’But when you are writing about things that never come up than is it an optimistic future or a pessimistic one?’’ Prior to 2016 there was a call within the American science fiction community to for more optimistic futures. But Michael Crow, the president of the Arizona state University, Informed the writers that is was their fault that big things weren’t being done. Because they are the music makers. They are the dreamers of dreams and simply haven’t been dreaming big enough.

This quote led to Project Hieroglyph which is an anthology project. Madeline was a participant in this project. In this context, the word “Hieroglyph” refers to what co-writer Stephenson calls “a plausible, fully thought-out picture of an alternate reality in which some sort of compelling innovation has taken place,”. This model presupposes that the job of science fiction writers is to create a blueprint for reality in which a particular change has happened.

‘’Ursula K. LeGuin says, the exercise of the imagination is dangerous to those who profit from the way things are because it has the power to show that the way things are is not permanent, not universal, not necessary. Having that real though limited power to put established institutions into question, imaginative literature has also the responsibility of power. The storyteller is the truthteller’’. ‘’It’s because of those words, right there, that I decided to become a science fiction writer. Nothing is real and everything is permitted. The storyteller is the truth teller’’.

But why don’t we always tell the ‘’real’’ truth, or why do we create ‘’Post-Truth’’? Because even though truth can be beautiful, it can also be painful if not hurtful. And maybe even more important, everybody is living their own truth. But sometimes the truths were hidden for you, what creates an alternative reality. But that doesn’t mean this reality isn’t real and even more so, these reality’s all influence the decisions that are being made. This collision of reality’s is being rationalised by ourselves, what creates the reality we are living in. Couse that is what we do as human beings. As pattern seeking animals we are continuously searching for meaning, and these meanings are being found in stories. But even the stories are in essence a conspiracy.

Madeline states that this way of thinking does sound pessimistic, but she wants us to think beyond optimism and pessimism, because one person’s utopia is another person’s dystopia. ‘’In an increasingly chaotic world, you have the opportunity to create something beautiful. In a world of intersecting realities, you have the chance to build and rebuild, to iterate and prototype, to design and to destroy. You have the chance to get it right. And every day that you decide to get out of bed, every day that you decide not to succumb to despair or apathy or hopelessness, you have thechance to change things.’’

Rounding up her speech, she ends with the quote: ‘’Abra Cadabra; What I speak I create. And what you create is what you leave behind’’. 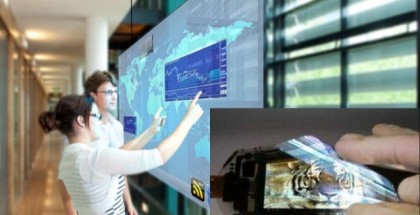 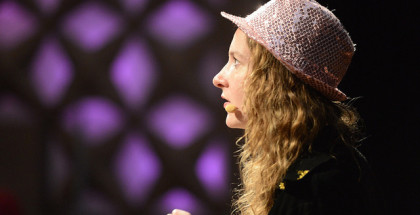 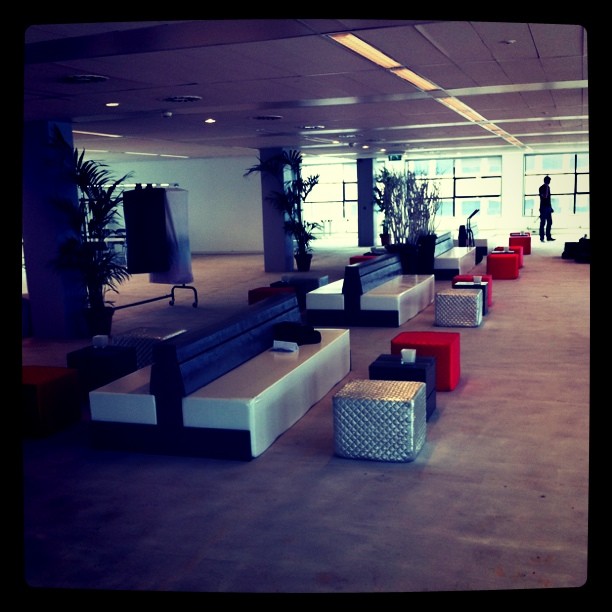