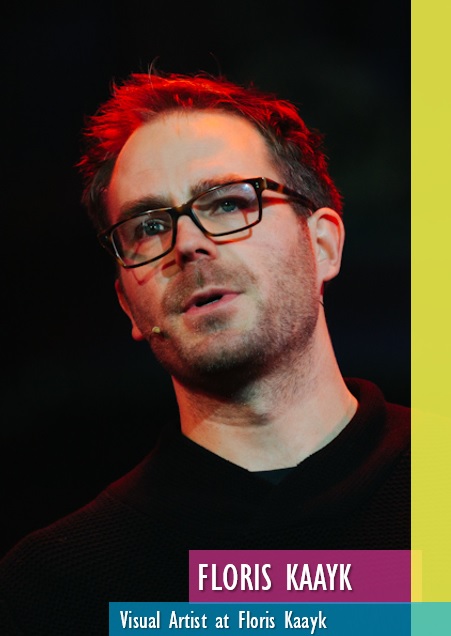 Floris Kaayk is currently living and working in The Hague (NL) and pointed out as Ambassador of the Creative City The Hague. He graduated cum laude at the St. Joost Art Academy and received his Master of Fine Arts degree at the Sandberg Institute. His work focuses on futuristic visions, fantasies and concepts. It visualizes technological progress, sometimes by showing the benefits, at other times by presenting the negative consequences. Among his videoworks are The Order Electrus, Metalosis Maligna, The Origin of Creatures and Juxtaposis. These video’s were presented and awarded at exhibitions, filmfestivals and art events all around the globe.

In 2012 his online media project Human Birdwings reached the world press. It allowed him to share the project’s content at television and radioshows, like ABC news, CBS news, and Dutch primetime television show De Wereld Draait Door. His latest project, Rayfish Footwear, was a collaboration with Next Nature, Koert van Mensvoort and Ton Meijdam. Rayfish Footwear is a fictional company that offered personalized sneakers crafted from genetically modified stingray leather. Various mediaplatforms were used to spread the story