MFW13 is over… What a great week it was! Thursday was D-Day, the final day to prepare the presentations and in the afternoon: showtime! The atmosphere on the fifth floor was intense on thursdaymorning. People were getting nervese, last minute hesitations came to mind and in search for nice pictures that fit well in the presentation. The wifi-netwerk was used in such a great extent that it crashed several times. Around noon it was all done, the presentations handed in and the last keynote speaker made his presence on stage: Vincent Reinders from 22tracks.

The young entrepreneur told us the story of 22tracks, a music database that features 22 (new) tracks from 22 genres. Selected by well-know DJ’s, the songs are in the list for about a month. Then new song enters the lists. The concept was so succesfull in the Netherlands that 22tracks expanded to Brussels, London and Paris. Vincents’ advice to all students with a great idea: start fast!

After a lunch and an Asian energizer, it was up to you! The ten teams presented their concepts and ideas to the casepartners. What great ideas you came up with! Life is a playground, with a new augmented reality game and a special kinetic space in your office. Traffic will be controlled with a personalized app, and since we don’t own a car anymore in the future, transport types will be shared. Almere is going to be a spontanious gaming city that has its own superhero. The knowledge and data of Liander will turn on the lights in developing countries and will be used to make devices smarter. And you had some great ideas about how a traditional television night will look like in 2020 – first we eat 3D printed food with our grandma and watch specifically selected content that meets our needs.

We were surprised about the quality of the presentations and the creative details you put in to it. Beautifull pictures and drawings, self-made videos, even some acting on stage! You were great, and we hope that the end of Media Future Week 2013 is not the end of the energy, creativity, team work and concepts. First, we would all like you to join the MFW Alumni linked-in group. Second, the summer is coming, use that period to work out the details of your ideas and make them come true!

We hope you have enjoyed Media Future Week and it inspires you to do great things in the future. We’re not predicting the future, we’re creating the future!

Ps. the videos of all the presentations will be on Vimeo on May 22nd or 23rd as our 5GB quotum is used by the speakers presentations and will not reset until wednesday. 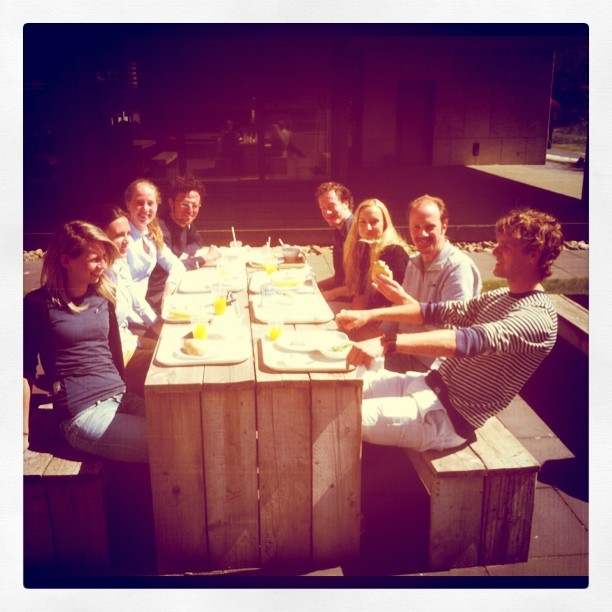