‘It turns out this was the beginning of the story, not the end’

Four early springs ago I got a kind invitation to hop on a plane from my then-home in the US to travel to Amsterdam to join Media Future Week as a keynote speaker. Familiar with co-organizer Monique van Dusseldorp from a previous life as a forecaster in technology and new media, I was happy to go, talk, and, more importantly, find out what was going on in the space between the talks.

The beginning of the story
Giving this mysterious Media Future Week a look, the words, “students”, “co-creation” and “challenge” piqued my curiosity. I’d been teaching for several years alongside my professional work in futures, and always enjoyed what people starting out in, or even still preparing for, work in media, tech, design and innovation could do—before they learn the bad habits or closed mindsets of their elders. 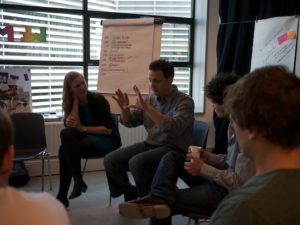 That year, I’d been been thinking a lot about how society tends to take the easy way out and adopt the future visions of others, rather than create their own. It’s the low-risk, low-thought approach—just select a future in a box from the shelf, like a trip to Ikea, and try it on for size. This problem was (and still is) endemic in Silicon Valley. These “flat pack futures” just require a little relabeling to suit your need, or so they promise. But things don’t work like that. I told the students at the keynote they should embrace the freedom to make futures they want, not the ones handed to them—to be willing to take risks and make their own. End of rant.

I enjoyed a day of coaching the teams back on the co-creation floor (like 10 chocolate-fueled birthday parties meets startup design meetings), offering bits of insight and learning a lot from the groups (and eating their chocolate). Soon, I traveled home and followed the rest of the event online to see where their ideas ended up. A few weeks later, I was surprised to find the video of my talk tweeted by science fiction writer and critic Bruce Sterling, and then show up on Internet culture hub Boing Boing. My plea for agency had escaped Almere. The good part was, people got to see the great work of the student teams at MFW.

Adding another chapter
It turns out this was the beginning of the story, not the end. Frank, Monique and team were gracious enough to invite me back in 2014, this time to Beeld en Geluid in Hilversum. Again, a new place to visit. Again, I talked about what was on my mind, related to the event theme. I’d been researching the application of artificial intelligence to media, and talked about what happens when the news is chosen and written by AI, not by people. Would you even know? What impact would it make if an algorithm chose the news you consume? 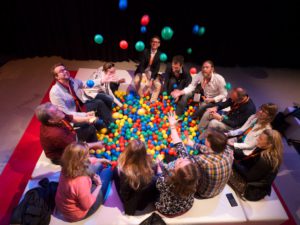 And again, the next year, an invitation in the mail. “Join us for MFW 15, Genevieve Bell is coming, too.” She’s a hero of mine, so I cleared the calendar and was soon off to the Netherlands yet again, to consider Designing with Society. What a fantastic few days. I talked about designing futures with community needs in mind, using design to improve what we can, rather than to simply make more things.

By now I was enough of a regular, I could hear the sneaky feet of Manon and Willemijn coming to move me on to the next coaching session. They’d trained me to sense the 10-minute limit. Dragon’s Den with Genevieve and the other experts, time spent in Media Park with that year’s students. Another terrific experience.

That year, I got a little lost on the train coming back to Amsterdam, and ended up a few stops north, checking out Hilversum and areas north of it. I looked around and sniffed things out. I met with friends and a few companies in Amsterdam. I was spending more time in Europe that the US on projects. Why make the long flights? Why not have bitterballen, kapsalon, and hageslag all the time? 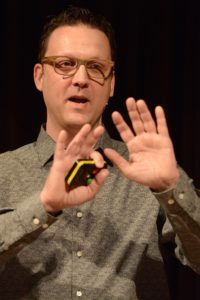 Feeling at home
In 2016, the email from MFW made a shorter journey, a few server hops up the Naaderweg. Six months earlier, I’d moved our company and family to the Netherlands, attracted by the smart people, amazing landscape, and quality of life. Another opportunity to work with the great MFW team, coach another cohort of talented, and slightly crazy, students (less Snelle Jelle, more healthy snacks), and hear more provocative talks. Focusing on a theme of activism, I told the students about the possibilities of bots affecting political campaigns. The Brexit referendum was coming up, and after it, US elections. 2017 promised even more critical votes in various countries. What if the news–and those political opinions online—weren’t even real?

Here we are again. 2017. Fake news. Bots. Losing control of the future. There’s a thread here somewhere. And I got that email again. An opportunity to talk about media, reality, agency, with some of the smartest minds on these topics—Madeline Ashby, Evgeny Morozov, Amber Case, Joris Luyendijk, and more. I’m there. I’ve given in to the MFW madness. And this year, I’ll ride my bike.

If you want to attend the keynote speech by Scott Smith, please check the program and sign up here.

What should the MFW17 Theme Song be?

MFW behind the scenes: hotel 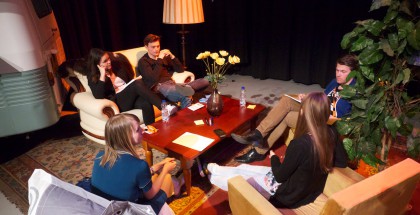 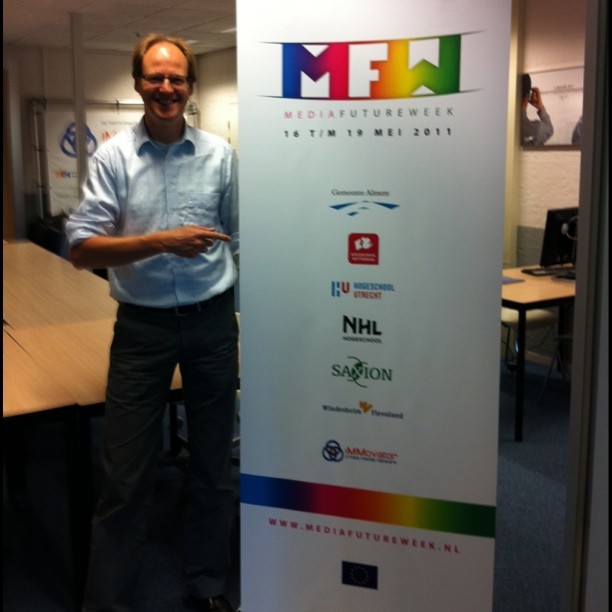