This morning at 10.00AM Media Future Week 2016 started! Lucas de Man, director, actor, and concept developer, gave the first keynote speech. His inspiring speech urged participants to take action to create their own world, to tell the stories they care about and above all, not to feel inferior to others – after all, we are all equally knowledgeable. 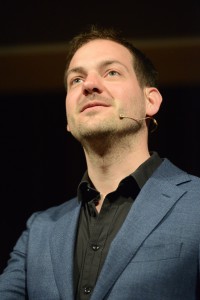 Lucas started his presentation by showing a photograph of people holding torches while forming a big question mark. This photo was taken during one of his projects in which he travelled through Europe with four friends. There are several reasons why this picture is significant. First, the people carrying the torches all come from different backgrounds and would not normally interact. Secondly, the lights in the square shown in the photo are off. This may not seem so special, but it is! It is one of the first acts the mayor of this city did for its residents and the arts.

But what makes the photo particularly exceptional is that it symbolizes a ‘burning question’, and more importantly, the freedom that you can ask questions. “I don’t know, so I am”. No one knows why we are here and that is exactly the reason why we work together. You are no better or worse than your neighbor, actually, neither of you know more than the other. Another important rule, according to Lucas, is that you do not have to do anything. He even speaks of not having to. You do not have to pursue a successful career, do sports, or lead a ‘perfect’ family life.

Lucas de Man is a creator of art projects and urban actions in public spaces. According to Lucas, A creator is someone who makes something, and does not compromise in terms of content and form. A creator connects with people during the project and is always looking for the right audience. 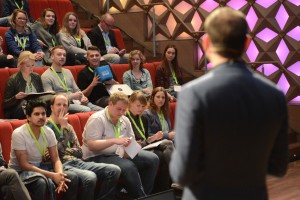 In the coming years, people in the media industry will be the most important people on earth. As a media professional, you create and share content, but above all, you are a storyteller. And in this time of economic, societal and political movement, storytellers are extremely important. What does the future hold? We do not know and that is okay. What is important is what you do with it. What story do you tell? This is your world, make the most of it! It is not necessarily about creating a better world, but about creating a sense of community. 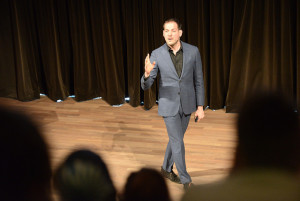 During his speech at Media Future Week, Lucas told the story about a Turkish young man involved with the project 140 journos. According to this young man, you are freer on the Internet because the police and the government cannot shut you down like in the offline world, e.g. when participating in a demonstration. He thinks that the Internet is a fitting public space for discussion, but it should be combined with the offline world so as not to lose the connection. As an example he mentioned a project where tweets were projected onto one of Turkey’s tourist attractions to boost the debate on nuclear power. A great example of using ‘connactivism’ to drive changes in the offline world!

Another example from Lucas’ project is the M15 demonstrations in Spain, a movement towards reforming Spanish politics. The police harshly suppressed one of the demonstrations but since it was broadcasted live on the Internet and people could see what was going on, even more people joined. Eventually this contributed to new mayors being elected in Barcelona and Madrid. The candidates did not belong to a political party nor did they have a background in politics and their campaigns were financed through crowd funding.

Take action!
These examples are inspiring for the students at Media Future Week who will do their own ConnActivism projects during this week. ConnActivism: connected activism. Lucas’ advice to the students is not to focus so much on the future of media, but instead imagine what you can do with it. You should not do something because you feel obliged, you should do it because you believe in it. And if you do, do not be afraid that you cannot change anything, because Lucas has plenty of examples of inspiring projects in Europe who have made a difference. Do not feel inferior to others and follow your dreams! 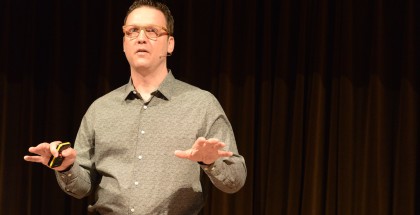 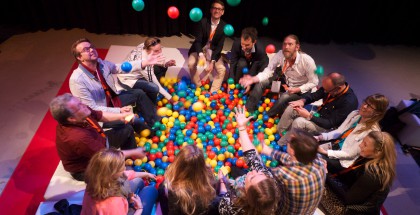 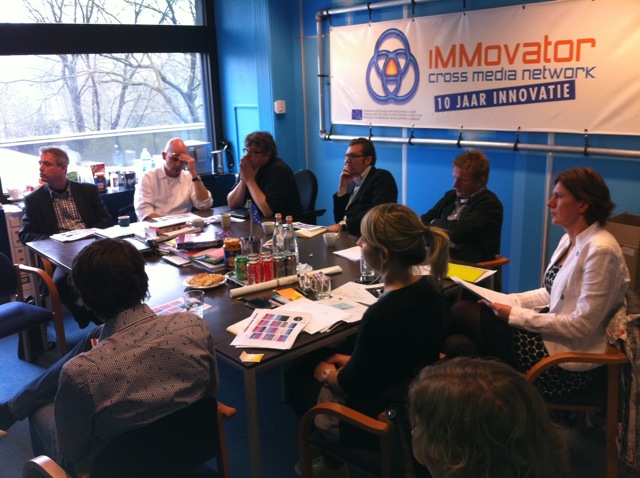