Lead Concept & Innovation at Triple IT 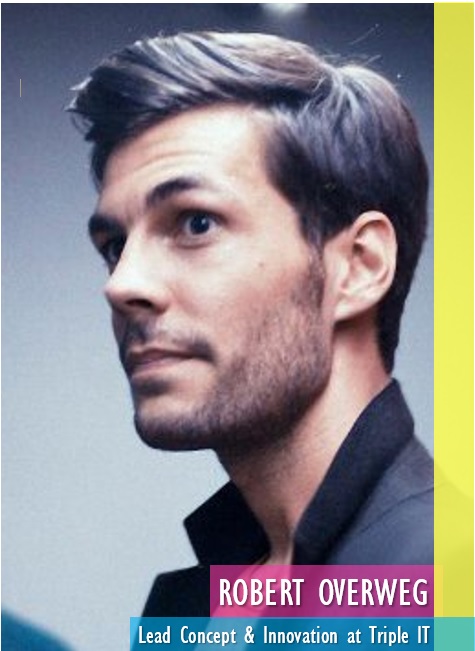 Robert Overweg helps people and some of the most prominent national and international brands to
look in a different way towards a new reality. He does this in several distinctive ways. Robert gives lectures, creates art, offers companies guidance in concept development and the execution of this. Robert is photographer in the virtual world. He wanders through the virtual worlds and documents these public spaces of our society. With his art, he exhibited all over the world from Berlin to Paris, to recent the media Biennale in Seoul, South Korea.

In his lectures Robert tells the story of photography in the virtual world, he inspires to get a more critical view / way of looking at reality. But is above all interested in the ways we are inspired and influenced. Because of his extraordinary personal and professional interest in new technologies Robert can be without a doubt labeled as a Technology Innovator, something which clearly shows in his concepts and lectures. As lead concept & Innovation Robert works for Triple-IT together with his team on business critical concepts for A-brands like RTL and Vodafone.